INTO TOMORROW WITH TAPE STORAGE

Protecting The Data… and The Bottom Line!

Tab Butler joined the Major League Baseball Network in June of 2008 as part of the Engineering and IT Department, chartered with the facility build-out and the January 1, 2009 MLB Network launch. Currently, Tab manages the Media Management team for the MLB Network, and oversees MLB Network Post Production. Tab presents his unique approach to problem solving and convergence within the broadcast media space, with over 20 years of experience in Network TV Broadcast Operations, and 11 years of Sales and Marketing Management. He specialized in sales to Broadcast Networks, Station Groups, Government, and Global 2000 clients. Tab spent 18 years at the NBC Network. He worked for NBC News, NBC Sports, and NBC Operations and Technical Services, and has won two Emmy Awards. Tab has also worked in various capacities for Tektronix (Grass Valley Group), EMC, VideoBank, SeaChange International, and IBRIX.

Cindy Grossman is vice president for IBM’s Tape and Archive Storage Systems, and IBM Tucson Senior Location Executive. She is responsible for all aspects of the tape and archive storage business within IBM including profit and loss, product portfolio investments; go-to-market strategy and execution and customer support. As Senior Location Executive, Ms. Grossman provides leadership to ensure that site and community activities are aligned closely with IBM’s strategic initiatives, and spearheads initiatives to improve workplace climate. She also works with state and local elected and appointed officials to execute key priorities of IBM’s Governmental Programs department.
Cindy began her career at IBM in June, 1980, as a Software Engineer working with IBM printer technology and has held positions in software and hardware product development and test, field support, service planning, program management for disk and tape products, cost management, and worldwide storage marketing. Cindy has been working with IBM storage solutions since 1994 in various job functions, which has allowed her to gain an in-depth knowledge of the dynamics of the storage industry from different perspectives across the entire storage portfolio.

Director of Advanced Computing Systems
The University of Texas at Austin

Director of Advanced Computing Systems
The University of Texas at Austin

Dr. Minyard is the director of the Advanced Computing Systems group at the Texas Advanced Computing Center (TACC) at The University of Texas at Austin. His group is responsible for operating and maintaining the center’s production systems and infrastructure; ensuring world-class science through HPC leadership; enhancing HPC research using clusters; performing fault tolerance for large-scale cluster environments; and conducting system performance measurement and benchmarking.

One of TACC’s most visible projects is the Ranger supercomputer (579.4 teraflops) on which Dr. Minyard is co-PI and project manager. Deployed in February 2008, Ranger was the first of the National Science Foundation’s (NSF) “Path to Petascale” systems that the NSF is providing to open science. In addition, Ranger is one of the Top 10 supercomputers in the world for open science research.

Dr. Minyard holds a doctorate in Aerospace Engineering from The University of Texas at Austin, where he specialized in developing parallel algorithms for simulating high-speed turbulent flows with adaptive, unstructured meshes. While completing his doctoral research in aerospace engineering, Dr. Minyard worked at the NASA Ames Research Center and the Institute for Computer Applications in Science and Engineering. After continuing his research at UT Austin as a post-doctorate research assistant, he joined CD-Adapco as a software development specialist to continue his career in computational fluid dynamics. Dr. Minyard returned to UT Austin in 2003 to join the Texas Advanced Computing Center.

Brian Monroe is currently the team lead for Dell Global Backup and Recovery Operations. His expertise is focused toward setting global standards and automating processes with the various software and hardware products they utilize. He is consistently looking for ways to streamline and simplify operations. During Dell’s recent backup and recovery hardware refresh, he was an integral part of the team who compiled and analyzed data used to re-architect the environment. Prior to joining Dell, Brian was a network administrator for the largest academic department in the University of California system. His combined experience has allowed him to understand the intricacies of back-up and recovery, while embracing a simple straightforward approach.

Mr. Henry Newman has over 28 years of advanced systems architecture and performance analysis expertise in solving the most complex challenges for customers in government, scientific research, and industry around the world. This comprehensive experience includes hardware and software requirements analysis and design; file system and HSM design and optimization; system performance analysis and optimization; storage system architecting; high-performance networking; capacity planning; and hierarchical storage management with the focus on high performance computing and complex UNIX, Linux and Windows environments. Prior to joining Instrumental, Mr. Newman worked at Cray Research in a variety of capacities for over 11 years. His last position was International Technical Support responsible for performance and tuning issues. Mr. Newman has been with Instrumental, which he helped found, since 1992.

Greg Schulz is founder of the Server and StorageIO, an IT industry advisory and consultancy firm Mr. Schulz has worked with various server operating systems along with storage and networking software tools, hardware and services. Greg has worked as a programmer, systems administrator, disaster recovery consultant, server/storage architect and capacity planner for various IT organizations. He has worked for various vendors before joining an industry analyst firm and later forming StorageIO. In addition to his analyst research and advisory consulting duties, Schulz has published over a thousand articles, tips, reports and white papers and is a sought after popular speaker at events around the world. Greg is also author of the books Resilient Storage Network (Elsevier) and The Green and Virtual Data Center (CRC). His blog is at www.storageioblog.com and be found on twitter @storageio.

Gregory G. Servos, is President and COO of Ovation Data Services, Inc, a technology service company, based in Houston, Texas, specializing in Digital Data Management, Data Migration and Data Preservation. He previously held the position of Operations Manager for many years, as well as, other areas of responsibility within the company over the past 20 years.

As an international storage and data protection veteran with in-depth engineering expertise, Rob joined Crossroads Systems’ development and operations team in 1999. Given his recognized success and leadership, Rob rose quickly to the position of President, CEO and Board member. Rob currently leads the Crossroads corporate vision and growth strategy. An accomplished speaker and technologist, Rob brings more than 20 years of hands-on experience in IT design, development and manufacturing, operational management, and engineering. Among his numerous accomplishments, Rob is a recipient of the Technology Industry’s 2008 Most Valuable Performers Award and has been honored with numerous industry recognitions including the Stevie Award Top Executive finalist. Prior to joining Crossroads, Rob managed the advanced manufacturing and product test organizations at Kentek Corporation. Rob also managed the manufacturing, engineering and quality organizations at Exabyte. He holds a B.S. in Electrical Engineering from Colorado State University. 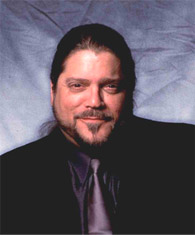 Jon Toigo is the advocate of the technology consumer and a fanatic for IT products and architecture that deliver on their fundamental business value proposition. Jon is CEO and Managing Principal of Toigo Partners International LLC, an independent consultancy and technical research & analysis firm focused on providing strategic guidance to IT decision makers, and chairman of The Data Management Institute LLC, a professional development organization for those who design, plan, manage and administer storage infrastructure and data assets.

He is a 25+ year IT veteran who has worked both as an operative and manager within corporate information systems departments and as a senior consultant with two international systems integrators.

Toigo is also a prolific writer with 14 books and over 2000 articles in the technology trade press to his credit. His technology columns in popular print and on-line media garner a loyal readership of more than 500,000 per month. His presentations are always entertaining and well received. 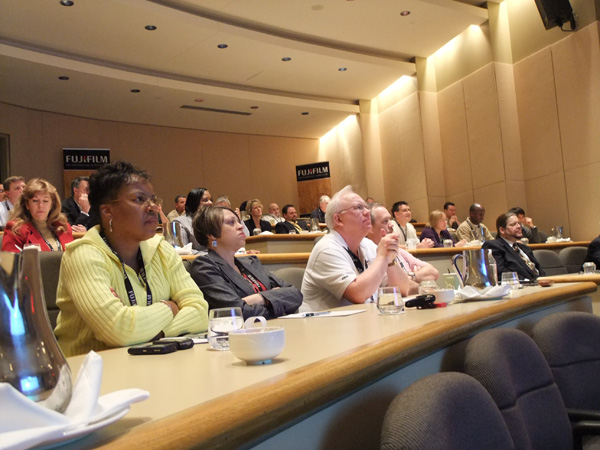 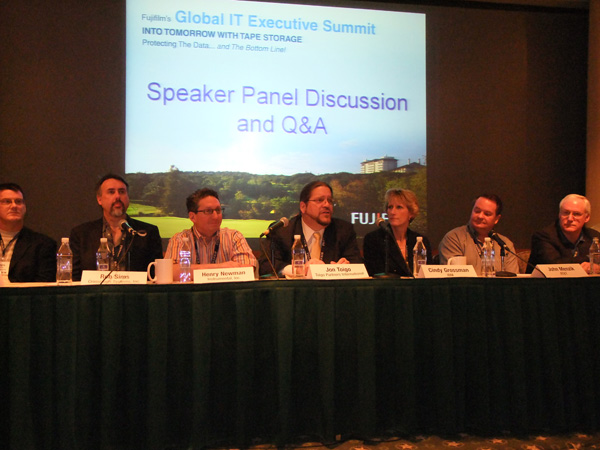 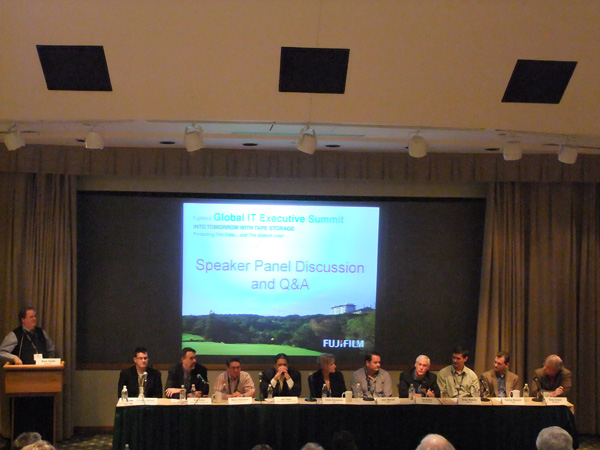 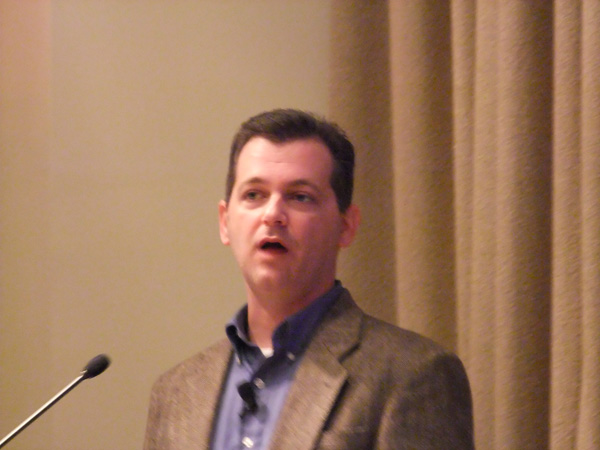 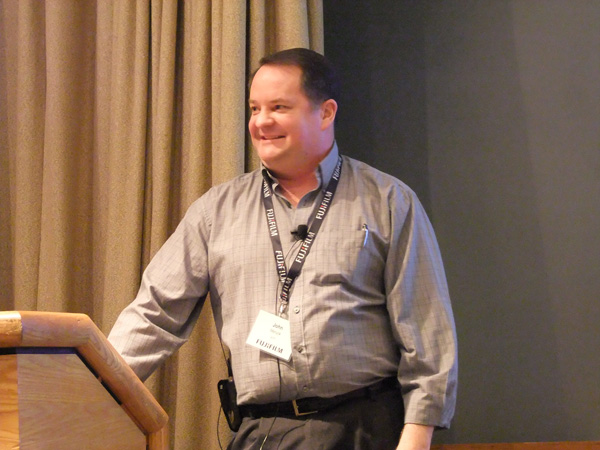 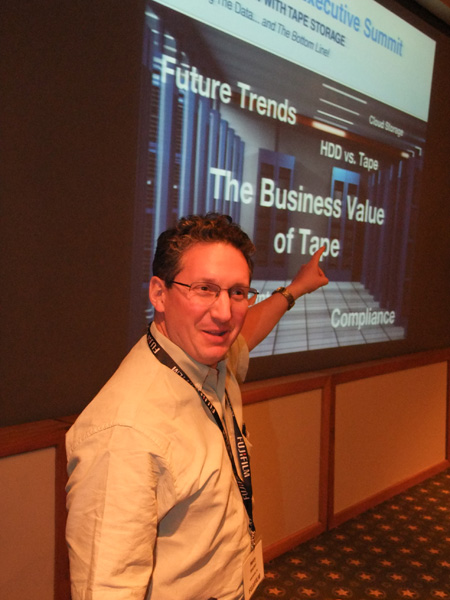 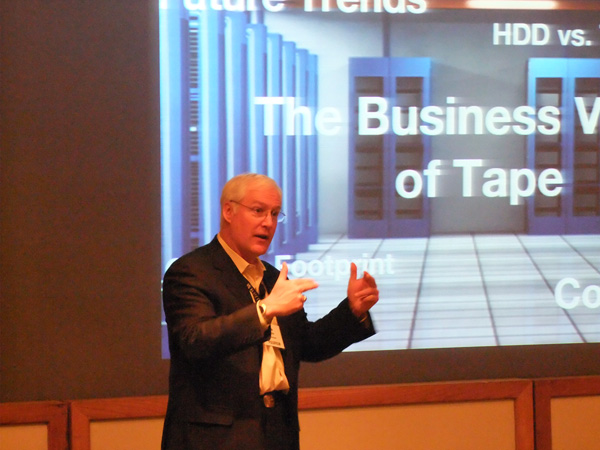 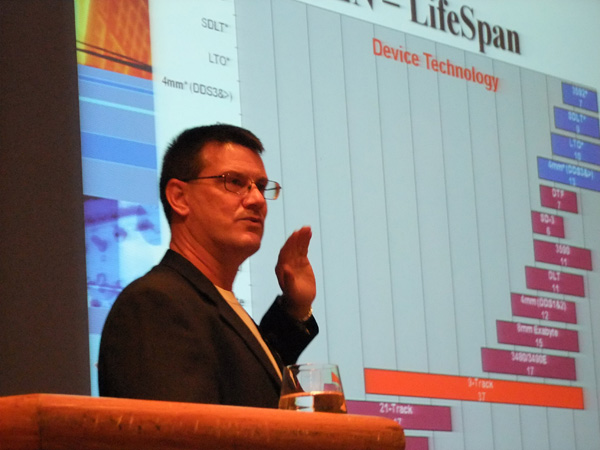 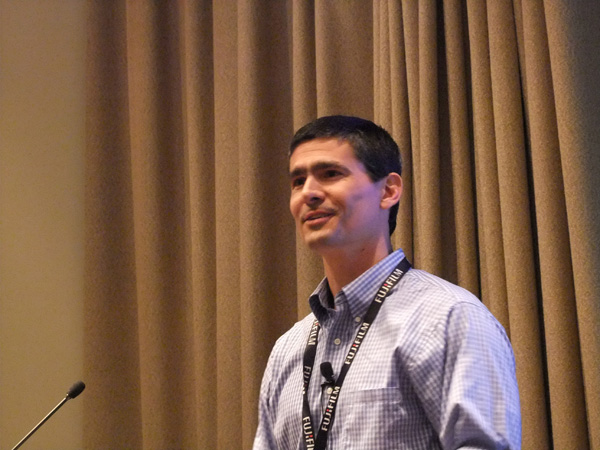 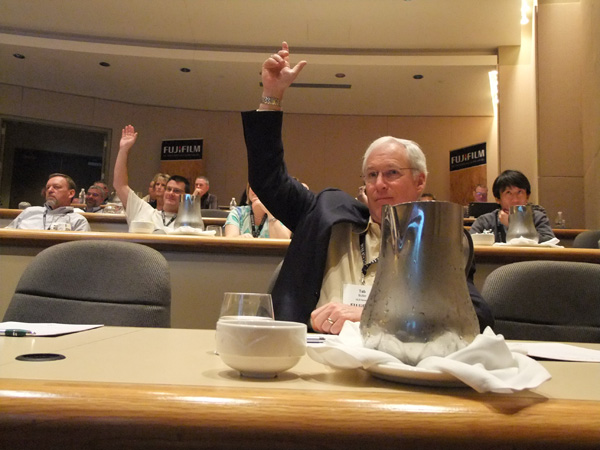 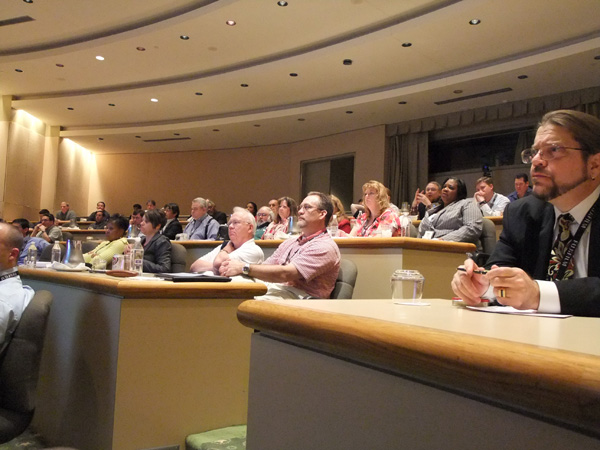 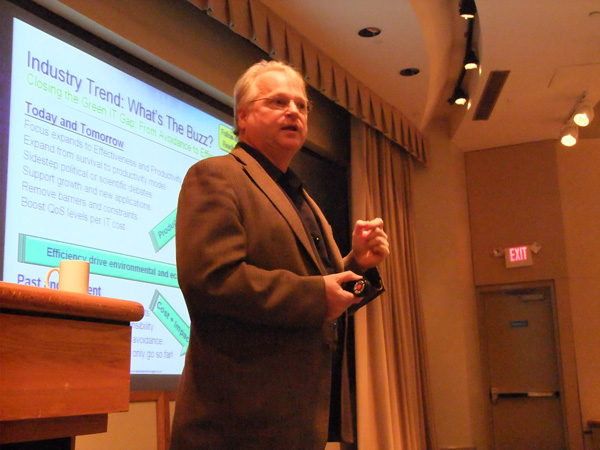 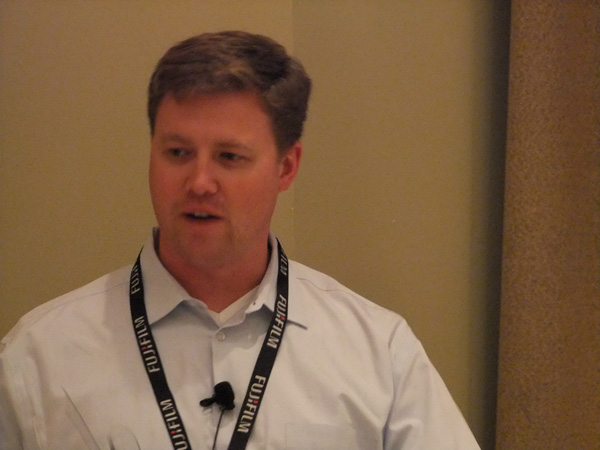 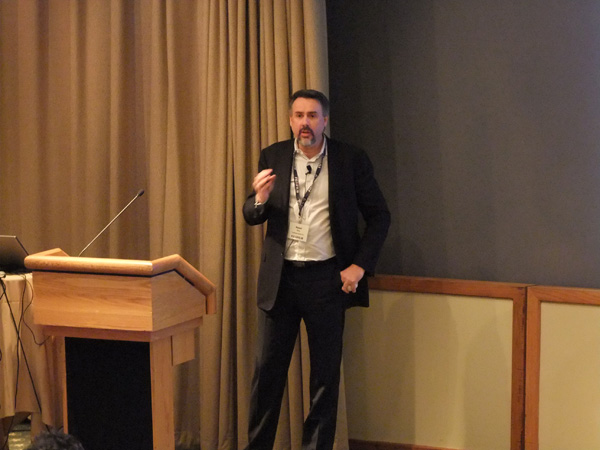 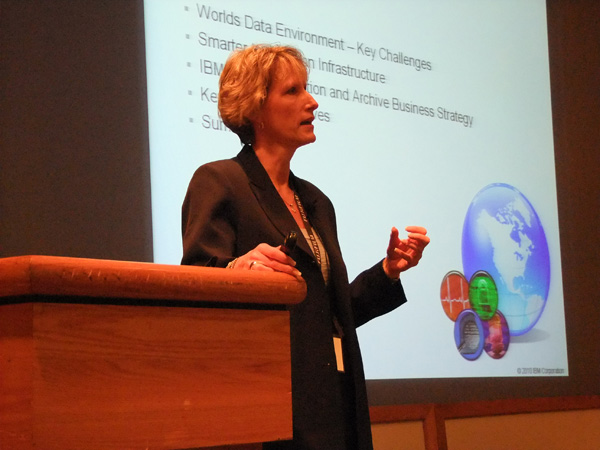 “This was all geeky mind candy”

“It was very informative and I look forward to attending next year’s event.”

“The information presented was very valuable and the speakers were excellent.”

“A phenomenal mix of information, networking opportunities, and some play time.”

“The selection of user’s community was very diversified and allowed me to share thoughts, information, and best practices.”

You Survived the Great Recession, Now What?

The Truth about Tape Storage

Data Tape Migration, Who, What, When and Why

Our National Pastime All The Time - Archiving for Future Generations