INTO TOMORROW WITH TAPE STORAGE

Protecting The Data… and The Bottom Line!

Tab presents his unique approach to problem solving and convergence within the broadcast media space, with over 24 years of experience in Network TV Broadcast Operations, and 11 years of Sales and Marketing Management with IT and Broadcast manufacturers. He specialized in sales to Broadcast Networks, Station Groups, Government, and Global 2000 clients. Tab spent 18 years at the NBC Network. He worked for NBC News, NBC Sports, and NBC Operations and Technical Services, and received two Emmy Awards while at NBC, and four Emmy Awards while at MLB Network. In June of 2012, the DIAMOND System, which is an in-house developed enterprise wide media asset management system, led by Tab, was nominated for a Sports Technology Emmy.

While in manufacturing, Tab has worked in various capacities for Tektronix (Grass Valley), EMC, VideoBank, SeaChange International, and IBRIX.

Harry Hulen is a consultant focusing on massive data storage. For 32 years, Harry worked for IBM Federal Systems, becoming a Senior Technical Staff Member, member of the subsidiary’s corporate Technical Advisory Board, and Principal Investigator of multiple Independent Research and Development projects related to space data acquisition and storage. In the early 1990s, Harry served on the IEEE committee that developed the Mass Storage Reference Model, version 5, that continues to influence the design of disk-to- tape hierarchical storage software. Prominent in this specialized area of technology is High Performance Storage System, the product of the government-industry HPSS Collaboration of five U. S. Department of Energy national laboratories and IBM. HPSS is used by about 50 supercomputers and massive data archives in the US, Europe, and Japan. Currently, Harry focuses on system engineering for new HPSS installations and on HPSS requirements and design, including Redundant Arrays of Independent Tape (RAIT). An IEEE member for 20 years, Harry recently served as program chair for the IEEE Conference on Massive Data Storage.

Chris Millet has over fifteen years in the IT industry with a focus on electronic data backup & recovery systems and IT operations. Chris has spent the last several years helping build a global operations center to that supports 24/7 monitoring and triage of Qualcomm’s IT systems using a follow-the-sun model involving teams spanning the globe. In addition, his team has been designing and building large enterprise backup systems to support Qualcomm’s ever increasing data growth and retention requirements.

Mr. Henry Newman has over 30 years of advanced systems architecture and performance analysis expertise in solving the most complex challenges for customers in government, scientific research, and industry around the world. This comprehensive experience includes hardware and software requirements analysis and design; file system and HSM design and optimization; system performance analysis and optimization; storage system architecting; high-performance networking; capacity planning; and hierarchical storage management with the focus on high performance computing and complex Linux, UNIX, and Windows environments.

Prior to joining Instrumental, Mr. Newman worked at Cray Research in a variety of capacities for over 11 years. His last position was International Technical Support responsible for performance and tuning issues. Mr. Newman has been with Instrumental, which he helped found, since 1992 and is the CEO/CTO for the company.

Mark Peters is an ESG senior analyst focused on storage systems. His particular areas of emphasis are block storage; virtualized storage; all types of solid-state storage; and the challenges of power, cooling, and space efficiency in data centers. Mark has more than 25 years of data storage industry experience and has held senior management roles in sales, marketing, product management, business development, and customer intimacy in the U.S. and internationally.

Before joining ESG, Mark ran his own corporate communications consulting business focusing on storage and IT. He has enjoyed a varied career in high-tech commerce, working at Xerox, Memorex-Telex, StorageTek, Sun Microsystems, and a software startup. Hailing from the U.K., Mark has a Masters degree from Oxford University and has been based in Colorado since 1997.

In 2012, Mark, his wife, and his daughter were naturalized as U.S. citizens. His youngest son was born an American, and Mark is very happy that everyone in his immediate family has now achieved that status.

Molly Rector joined Spectra Logic in 2004 and currently serves as the company’s chief marketing officer, leading a department of channel and market development, marketing communications, public relations and product management professionals. A key member of Spectra’s executive leadership team since 2005, she helps define and execute the company’s future product roadmap and overall corporate direction. In 2010, Rector’s vision led to the formation of the Active Archive Alliance, a non-profit storage industry association, on which she represents one of nine vendor organizations and serves as the chairman of the board. She was named a 2010 Channel Chief by Everything Channel’s CRN. Rector holds certifications as CommVault Certified System Administrator; Veritas Certified Data Protection Administrator; and Oracle Certified Enterprise DBA: Backup and Recovery. She earned a bachelor’s of science degree in biology and chemistry.

Prior to joining AlixPartners LLP he served as the President & CEO of eMag Solutions LLC, an International e-discovery company that specialized in discovery from backup tape. He successfully re-engineered the company from a tape manufacturer to a full scale service provider recognized by Socha Geldman as a top 20 e-discovery provider, presiding over the creation of award winning software from the High Tech Criminal Investigating Association.

Jon Toigo is an outspoken technology consumer advocate and vendor watchdog whose articles, columns and blogs are enjoyed by over a million readers per month.

He is CEO and Managing Principal of Toigo Partners International LLC, an independent consultancy and technical research/analysis firm and Chairman of the Data Management Institute LLC, a professional development organization for those who design, plan, manage and administer storage infrastructure and data assets.

Toigo is a 29-year IT veteran who has worked both as an operative and manager within corporate information systems departments and as a senior consultant with two international systems integrators. He has supported the development of over 150 disaster recovery plans for a broad range of businesses and non-profit organizations.

He is also a prolific writer with 15 books (5 covering disaster recovery planning) and thousands of articles in the technology trade press to his credit.

My interest has always been in large scale production systems and I have been doing this for over 30 years, first in government then in the private sector and then back to government. I believe production systems need to be modern, agile and reliable, emphasis on the reliable. I also think that old cliché “creative destruction” needs to be at work here as well. Things change! 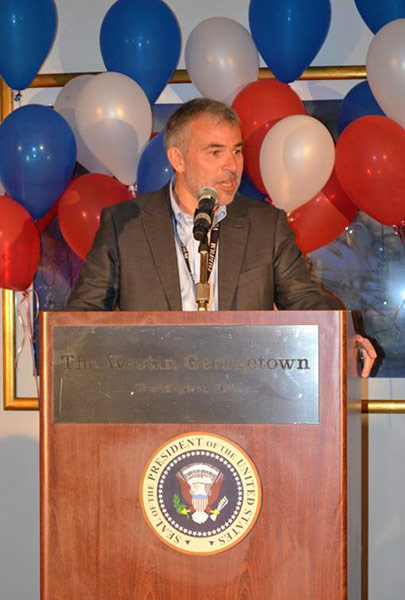 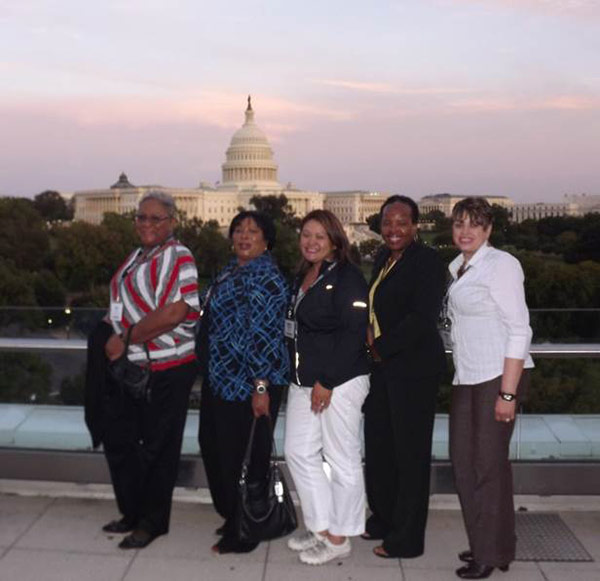 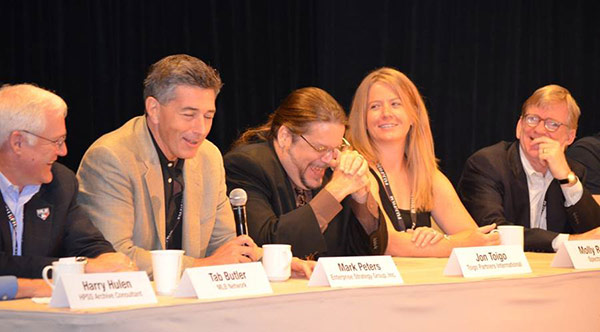 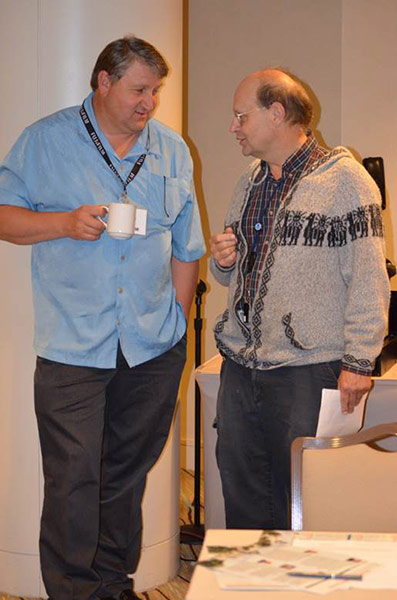 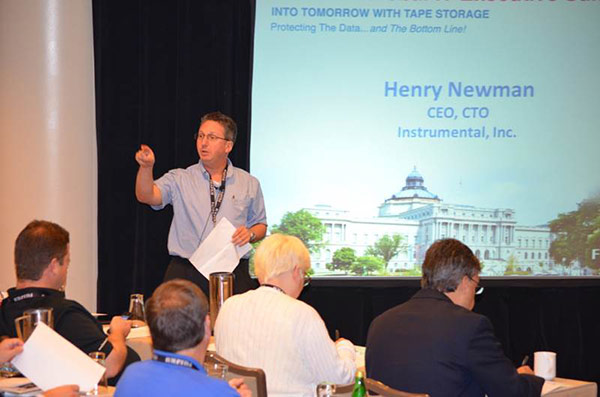 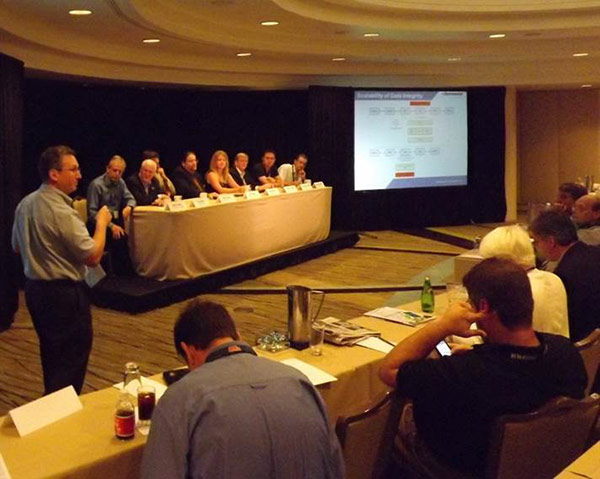 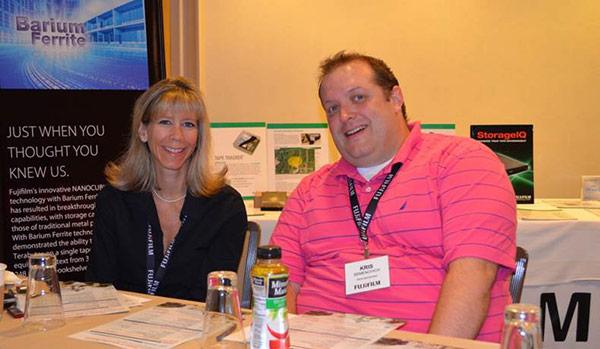 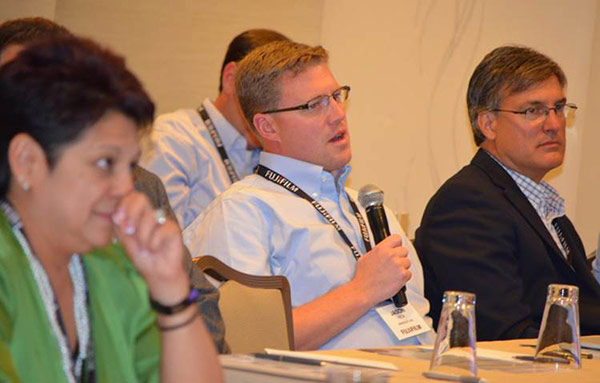 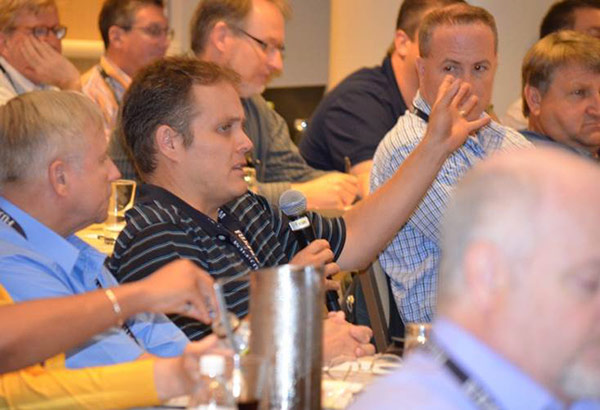 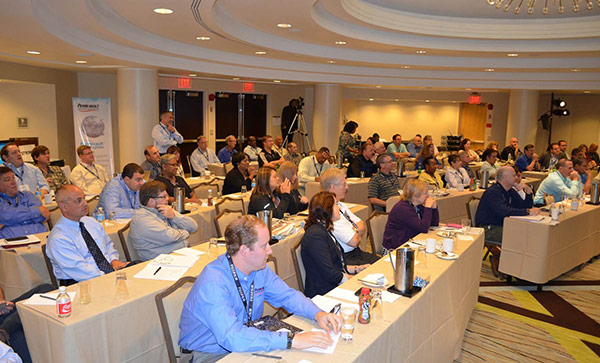 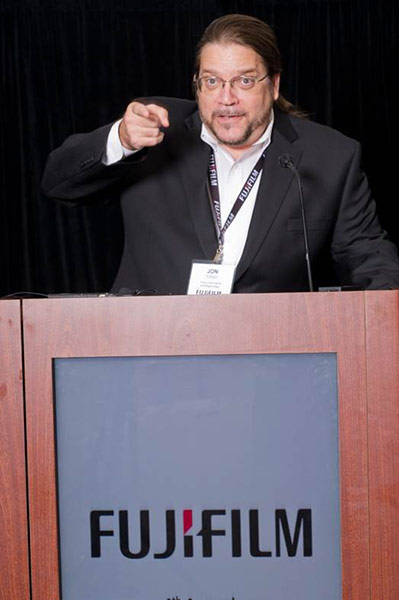 “I have watched this conference grow from year to year and it keeps getting better! Fantastic, very educational.”

“What an outstanding event”

“I loved it, it was honestly one of the best conferences I’ve been too.”

“The chance to chat with folks facing the same challenges was fantastic.”

“I had fun I enjoyed the presentations and would do this again.”

From DIAMOND to Archive: File-Based Workflows... Keeping up with the Technologies

RAIT and Other Software Technologies for Long-Term Massive Tape Archives

IT Challenges when Dealing with Long-Term or Infinite Data

The Contemporary and Future Applicability of Tape

Legacy Data Remediation and the Potential Future Impact of LTFS